Pooja Batra is among the famous Indian Actresses and Models. She has done many movies in multi-languages include Hindi, Malayalam, Telugu and Punjabi. She has also won the title of Femina Miss India International 1993.

Pooja Batra is a Bollywood actress who was born on the 27th of October in the year 1976.

She was born to Ravi Batra, who is an Army Personnel and her Mother, Neelam Batra, who is the Former Miss India Participant & Cosmetologist. She was born in the region of Faisalabad, Uttar Pradesh, India but her hometown is Ludhiana, Punjab.

She had completed her school education from a Private Institution and her college from Fergusson College, Pune and Symbiosis International University, Pune. She holds a Degree in Economics and an MBA in Marketing.

Does she smoke? No

Does she drink alcohol? Yes

Pooja was born in a family which was from Army Background. Her father was an Army Colonel which made her study in Twelve different schools in 12 years.

Her mother was among the top 5 Miss India participants, which has inspired pooja a lot to do the same.

She was also very much active in sports during her school days, and she used to take part in 200 and 400 meters sprint.

She had also appeared at the National level 400 meter Sprint in her school days.

She has started her career with the modelling. She used to do modellings as part-time work.

Later she was seen in the Television Advertisement of Liril Soap.

In the year 1993, she was given the title of “MISS INDIA INTERNATIONAL.”

Being one of the finest models, she got receiving many films offers, but she has denied all and wanted to complete her education.

She is among the top models of India as she has walked for over 300 fashion shows.

She has made her acting debut in the year 1997 with the movie “VIRASAT” in Hindi.

Being a beauty pageant, she might have received many films offers, but she has failed to make a successful career as an actress in Bollywood.

She was seen in about 20 Bollywood Movies.

She got married to DR Sonu S Ahluwalia, an Indo-American surgeon. After her marriage, she left to California and was doing theatres shows which made her gather some applause for her skills.

In the year 2004, a movie named by ”TAJ MAHAL: An Eternal Love Story” has been displayed at the Film Festival in Cannes.

She had made her Hollywood debut with the movie “One Under Sun,” which was also played at the Cannes Film Festival.

She is a member of International Film And Television Club of Asian Academy of Film & Television for her lifetime.

In the year 2011, she has filed a divorced from her husband Dr Sonu S Alhuwalia stating irreconcilable differences.

In the year 2019 she married Nawab Shah, they were in a relationship and been dating for about five months.

She does yoga regularly. 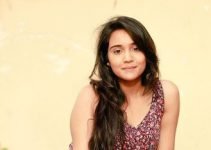