Vijay Kumar, who is popularly known as Duniya Vijay, is an Indian actor who works in Kannada films.

He is a very talented Indian actor. He has worked in many Kannada movies and gained a lot of name and fame. His first movie named Duniya was a superhit in the Kannada film industry in 2007 hence he was appointed as Duniya Vijay after that movie.

His real name is Vijay Kumar. He was born on January 28 in 1974 at Anekal in Karnataka. His age presently is 45 years. He is still active in the industry. People often called him Viji, black cobra, and chirathe. He tied a knot in 1999 with Nagarathna Vijay.

They gave birth to 3 children, namely Monica, Monisha and Samrat Vijay. Yogesh, who is the most excellent star of the Kannada film industry, is the nephew of Vijay Ram. Vijay later married to his long term girlfriend, Keerthi Vijay Kumar in 2016.

Vijay is usually very well known for his disputes in the film industry. A gym trainer had once filed a complaint against him, claiming that he had sexually harassed her in the bodybuilding competition.

The competition was held at Dr Ambedkar Bhavan Vasanthnagar. Later he was again arrested by the police in Bengaluru in 2018 on September 22 because there was still a suit filed against him by Maruthi Gowda.

According to the reports they claim that the victim Maruthi was severely assaulted and she had to b admitted in the private hospital in Bengaluru. Along with him, another three people, including the trainer, has been arrested by Bengaluru police.

The court summoned them and sent them to Judicial custody for 14 days for violating section 323( punishment for voluntarily causing hurt), section 506 of Indian penal code that punishes people for criminal intimidation. Section 342 that punishes for wrongful confinement.

Vijay Kumar was even charged for kidnapping and Attempt to murder. Reports claim that after the bodybuilding competition Maruthi and Vijay had a wrong argument and Vijay couldn’t control his temper; as a result, he had tried to kill the trainer, and he threw her near the Nayandahalli junction. This incident was reported to police by his rival who is also his uncle Krishnamurthy.

He created a hype in the industry by performing his stunts which seem breathtaking. He is an inspiration for many young actors and the youth in Kerala

Before playing the lead role in movies, he played as a junior fight artist. He performed his stunts in Duniya and Jayammana Maga. He started his journey as an actor with the movie Ranga.

He has later done many movies like Jogi, Shree, Gandhi alias etc..In an interview, he says that Duniya was a turning point in his career.

The role taught him many things, and he says the expert as a director and an actor in the movies was unexpressible, and he is thrilled with the response of the audience after the video.

Right from after this movie, his fans started calling him Duniya Vijay.
Vijay is well known for his movies like Guna, Yuga, Avva, Slum Bala, Mental Manja, Rakshasa and many more.

He was nominated forward Filmibeat Award for Best Actor for the movie kanaka in 2018.vijay was honoured with Karnataka State Award, Suvarna Film Award, Filmfare Award and Udaya Film Award.

Duniya Vijay is now one of the most recognised celebrities of Karnataka where people worship his films and admire his character in the movies and encourage him for all the albums and movies he makes.

He won the hearts of millions of people in the industry and known as one of the finest actors that the industry has ever produced. 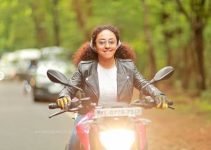 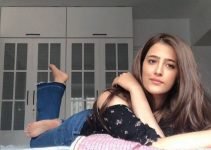