Mirnalini is a South Indian UpComing Actress from Tamil Film Industry. She is Fame For Dubsmash.

Mirnalini Starts her Career with Dubsmash videos of Popular dialogues from Tamil Movies. The Videos became viral in all social media platforms. She has 300k followers on Instagram and over 250k followers on Facebook.

Dubsmash Fame Mirnalini has Getting Plenty of offers in Films. Her Debut Movie is Nagal in 2016. She Became Famous with her Dubsmash Videos.
Mirnalini Plays an Important role in Thiagarajan Kumararaja’s “Super Deluxe” with  Vijay Sethupathi, Fahadh Faasil, Samantha, Mysskin, Ramya Krishnan and Gayathrie in respected Roles.

She got an offer from Female lead Director Suseenthiran’s Champion.

Mirnalini Says in an interview “I got Call from Suseenthiran sir’s office for acting this role. There was no audition as the director felt that I will be apt for this role. I am not allowed to reveal too many details about the role in film. But the title suggests this is a sports film that revolves around Football.

This film already began the shooting.

Mirnalini next Movie in Telugu is with actor Varun Tej. The movie is named as Valmiki. This movie is expected to release September 20th 2019

Mirnalini is an Engineering Graduate. 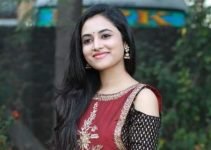 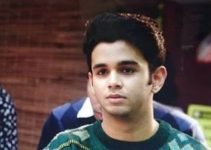