She is Famous for Akshara Character in that Serial. Hina khan Played Akshara role for 9 years in one serial she is the highlight of serial.

And she is most gorgeous amazing beauty in Television industry. People Love her Acting, Dress sense, Friendly Nature. Soon we can see Hina Khan in bollywood movies, she is going to make her Debut and its shooting going on.

Hina Khan born on 2nd October 1987 in Jammu and Kashmir, India. As per 2018 Hina khan age 31 years. She have a Younger brother Amir Khan and we have no information about her Parents, She is from Islam Family.

Recently in biggboss show she reveled about her  Boyfriend Rocky Jaiswal and they are in Love from many years the relationship is going on,  Her boyfriend is very supportive and caring.

She faces many up’s and down’s  in her early life, she want to become a journalist and after that she changed her mind to become a Air Hostess. But the Destiny wanted her to Recognized as Actress.

Hina Khan make her Television Debut  in 2009 with serial Yeh Ristha Kya Kehlata Hai and she is the main centre of attraction in the serial. She Played main role of Akshara and the hina give a life to that role people loved the akshara aka hina khan in less time.

She acted for 9 years in Serial Yeh Ristha Kya Kehlata hai, in 2017 she quit the show because some problems with the Production team and she wanted to do more serials and iconic characters.

She proved that she is a great actress in television industry and also she is a one of the Highest Paid Actress in Television Industry.

In 2013 – 2014 Hina khan got a Award in List of 50 Sexiest Asian Women by Eastern Eye. She gives tough competition to Hottest Female Celebrities of the india.

In Khatron Ke Khiladi 8 show she proves that she is a Daring and Courageous girl, She Performed all tasks and she gave tough fight to other contestants of the show, Hina became Runner up of the show Khatron ke Khiladi Pain in Spain.

After that she entered in Bigg Boss season 11, an the hosted by most famous Bollywood Actor Salman Khan.

The show Biggboss 11 gave biggest Success to Hina khan , So many things happened in biggboss house like : Controversies, Fightings. She performed every task in biggboss house and her everyday she seen in new look with her stylish dresses.

She make two best friends in biggboss show Priyank Sharma and Luv Tygi . She stayed there till last and emerged as biggboss 11 Runner up. Shilpa Shinde is the Winner of the show but Hina Khan gave tough fight to Shilpla in the show.

In 2018- 2019, She Appeared in some reality shows like “Master Chief” , Nach Baliye, Daily soap Roop- Mard Ka Naya Swaroop , Bepannah and she did a Music Video Titled Bhasoodi with singer Sonu Thukral.

Now Hina Khan is Playing a Role of Komolika in Kasauti Zindagi Ki 2. She is playing Negative role in that serial and Public loved the role of Komolika and her style it’s a new version of Hina Khan. The serial highlighted by Komolika Character and show got huge success.

But soon hina khan is quitting the show kasauti Zindagi ki 2 because of she is going to make her first debut in Bollywood and the shooting is started hope the debut movie get a great success.

After completing the Movie shoot she will back to the show Kasauti Zindagi Ki 2 as Komolika. Now the komolika character is going to play by Alisha Panwar.

Hina got three Awards lastetly, Two awards from Indian Telly Awards for Best Actress , Best Actor Negative jury and Popular. And other Award from International Quality Awards for Most Versatile Television Actor of the year. 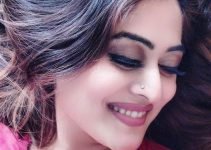 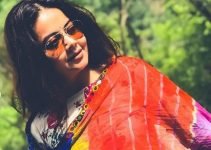