Alisha Panwar is an Indian actress. She was born on 7 May 1996 in Shimla, Himachal Pradesh, India. As of now, she is 22 years old. Her zodiac sign is Taurus

She has done her schooling from Loreto Convent, Tara Hall, Shimla, India and completed her college from St.Bede’s College, Shimla India. Her education qualification is B.com.

Alisha is 5 feet 4 inches in height and weights 50 kg. She has black color hair and has brown color eyes and has 32-36-36 body measurements.

She started her acting career as a child artist in a film named Akkad Bakkad Bambe Bo in 2012. After that, she appeared in a TV serial named Begusarai in 2015 this is her debut serial.

In 2012, Alisha participated in Shimla Queen Contest.  She was the winner of the show and crowne Miss Shimla.

She is well known for her role on Zee TV’s Serial Jamai Raja as Aanya and also famous for her role as Aditi Krishna in Pyar Ki which was aired on Colors TV from 2015-2017.

Currently, she is playing the main female lead role as Aarohi in Ishq Mein Marjawan series besidesArjun Bijlani it was directed by Mamta Patnaik and Sameer Siddiqui. This is aired on colors TV.

The latest news about her is a very popular series Kasautii Zindagii Kay 2 which was telecasted on Star Plus. The main female lead role was done by Hina Khan as komolika due to her commitments of Bollywood films. Hina Khan replaced by Alisha Panwar as new komolika.

Some Interesting facts about Alisha Panwar

Does she drink alcohol? No

Does she smoke? No

She is a kathak and classical dancer

She love music and like listen to slow romantic songs

Apart from acting she also worked with many TV Commercials 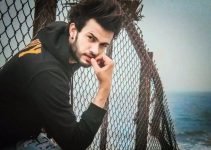 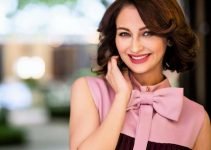 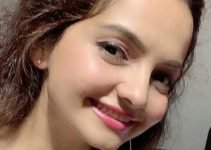