Madirakshi Mundle is an Indian Film and Television Actress.  She did many serials and she became very popular. Madirakshi is very famous by her role Siya in Siya ke Ram this serial telecasted in 2015 -2016 year. And the show and Madirakshi got fame in less time. She is a beautiful actress in television industry.

Madirakshi Mundle  was born in Bhopal, Madhya Pradesh, on 2 July 1995. Madirakshi  Family and Siblings will Updated soon. She is a Nature Lover and Pet Lover, madirakshi loves dogs very much.

In  Serial sets she work hard, everyone loves madirakshi she talks very sweet and friendly manner to others.

Madirakshi  Mundle Started her career with a Tollywood movie “Ori Devudoy” in year 2015 with co-actor Rajeev Salur and he is also newly introduced to Tollywood.

After that Madirakshi make her debut in Television with the Mythology  serial “Siya ke  Ram” in 2015-2016 as role of siya (Sita).

And In 2018 madirakshi Appeared in Tere Baap Mera Baap as role of Roopmati but it is not main role its just a cameo role she played in that movie. 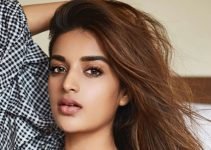