Aly Goni is an Indian model and television actor. He became famous through the show MTV’s Splitsvilla.

He was seen playing the main role in Kuch Toh Hai Tere Mere Darmiyaan in Star Plus.
He was also seen as Romi Bhalla in the popular serial Ye Hai Mohabbatein.

He was one of the contestants on the TV reality show Khatron Ke Khiladi 9. During the show, he said that he had acrophobia.

Initially, Aly was in a relationship with Stankovic who is an actress and model. But the couple got separated due to lack of understanding.

It is also rumored that he is dating Yeh Hai Mohabbatein co-star, Krishna Mukherji. 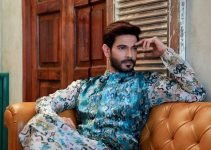