Ali Reza is a famous actor who has worked in Bollywood and has done many good works in the Telugu industry. He is famous for his roles in ‘Arjun’ in the Telugu TV serial “Pasupu Kumkuma” and role in the famous movie Dhruva.

Ali Reza was born on 24th May 1985 in Hyderabad, Telangana, India. He was born in a Muslim family, he belongs to a business-related family. He has completed his schooling and college from St John’s Church High School. He had not attended college for further studies, he had a degree of 12th Standard.

Before making his debut in the film industry he has worked in Dubai for a few years, he also owns a restaurant at Marredpally in Hyderabad which was started by his ancestors who came to India from Iran.

He has started his Film Debut I Bollywood in the year 2008 with the movie  Mukhbir. After this movie, he entered the Tollywood industry in the year 2010 working as an actor in a daily serial named Passupu KumKuma which was telecasted in Zee TV Telugu. And then he got a role in the serial Chandamama Lo Amrutham in 2014.

He got finally a lead role in Gayakudu. In the year 2017 movie named Cine Mahal has been released which had brought a positive response at the Box-Office. In the year 2016, he has worked in the Dhruva movie which has been important in his career.

In Telugu cinema industry we have great and good looking upcoming star who is known as ALI REZA  and made debuts, worked in many daily television shows PASUPU KUMKUMA on zee tv Telugu and here below we’ll make you know about ALI REZA’s previous life, career, work in industry and many more things….. 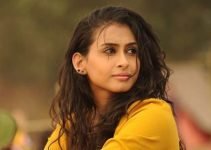 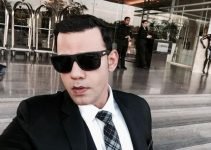