Ritwik Sahore is a child artist who was first appeared in the movie Ferrari Ki Sawari in the year 2012.

Ritwik Sahore was born on 14th September 1995 at Mumbai Maharashtra, India. He was born to MR. Rajesh and MRS.Monica.

He completed his schooling from Gokul Dham High School, Goregaon and he belongs to the Hindu religion.

Ritwik Sahore is the most beloved child artist in the Bollywood Cinemas. He won the hearts of many audiences through his speechless performance. He is now focussing on his future to be a famous actor, for which he is doing regular gyming , exercise, swimming and many other activities.

Ritwik Sahore has became a child artist or film artist accidentally. The Director has spotted him at a shopping mall, while he was shopping with his mother.

His mother and he were outings because their house was being renovated and to stay away from noise they went out for shopping. Where the Director has spotted him and Ritwik felt to him as like Sachin Tendulkar which felt Director that he would fit perfect for the role of young cricket fan in Ferrari Ki Sawari.

This is how his life took a turning point and brought him to the film industry. He also worked with the famous Actor Aamir Khan in the Blockbuster movie Dangal in the year 2016, where he was appreciated for the best child artist in the role of Omar the nephew of Aamir in the movie.

When he was working in the movie Ferrari ki sawari he was too young. In the movie Fer’ Ki Sawari he played the role of a Parsi boy who was the fan of Sachin Tendulkar which was a super hit movie at the box office.

Before acting in these movies he was given the training to work on the sets of the movies. In the movie Dangal, he played the real-life role of the brother of phogat sisters who were the wrestling champions.

He also worked with Hrithik Roashan in the movie Super30 which was on screens in the year 2019 26th July which was Directed by Vikas Bahal and Anurag Kashyap. 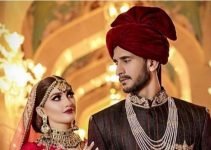