Rubina Dilaik is one of the most popular Indian Television actress and model. She came into the limelight by playing the role in the major character Radhika in “Choti Bahu” in 2008, which was aired on Zee TV.

Rubina Dilaik was ranked as the 26th sexiest women in the top 50 Asian Women by the “Eastern Eye”. In the year 2008, the actress has won the “Miss Shimla” Contest.

Currently, she is playing the lead role of Soumya, a transgender woman in the Colors TV’s series named “Shakti-Astitva Ke Ehsaas Ki”. In 2008, she made her TV debut with Zee TV’s “Choti Bahu- Sindoor Bin Suhagan”.

Also featured as Radhika in the sequel of “Choti Bahu-Sawar Ke Rang Rachi 2” from 2011 to 2012 on Zee TV. In 2012, she has played a female lead in “Saas Bina Sasural” which was telecasted on Sony TV.

She portrayed the role of “Simran Smiley Gill” on the show. Later on, the small-screen actress acted as Divya on Zee TV’s serial “Punar Vivah-Ek Nayi Umeed” in 2013.

She played the role of Sita in the Life OK’s devotional serial “Devon Ke Dev…Mahadev” in the year 2013.  She appeared as Jeannie in a serial “Jeannie Aur Juju”.

Rubina Dilaik was born on 26 August 1987 in Shimla, Himachal Pradesh. She was born to Gopal Dilaik and Shakuntla Dilaik. She has two sisters namely Rohini and Naina.

She was in a relationship with an Indian Model and Bollywood Film actor Abhinav Shukla since 2015. She got married to her longtime boyfriend on 21st June 2018.

She did her schooling from Shimla Public School in Shimla, Himachal Pradesh. She completed her higher education from St. Bede’s College, Shimla. Rubina Dilaik dated her debut TV serials Choti Bahu co-star, Avinash Sachdev. Later on, they got breakup.

She has achieved several awards such as the award for Best Actress by Dada Saheb Phalke Film Foundation Awards in the Television Category in the year 2015. For her role as Radhika in Zee TV, she won many Zee Rishtey Awards in 2010 and 2011.

Rubina is presently working as a female lead in “Shakti-Astitva Ke Ehsaas Ki” on Colors TV.  For this role, she has won the “Best Actress Jury” award of “ITA awards” in the year 2016.

Does Rubina Dilaik smoke? Not known

Apart from acting, she is a good Interior Designer 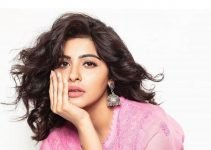 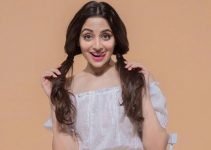 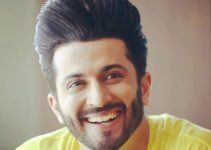