Raveena Tandon is an Indian actress who works in Bollywood. She is also a winner of National Film Award and two Filmfare Awards.

In an interview with Rediff, Tandon said that she never thought of becoming an actress. She was an intern at Genesis PR, helping Prahlad Kakkar. Raveena refused many films offers. Later she got interested in acting and started her acting carrier in 1991.

“Tandon started her carrier in 1991 Debut and earlier success. She also suffered from career fluctuations from 1995–96, and once again, she made Box office success in 1996. In 2000 she was awarded with National Award, and she made a comeback to Bollywood in 2015 after a long time.

As a single mother in 1995, Tandon adopted two girls, Pooja and Chhaya when they were 11 and 8 year old.

Tandon was in love with Anil Tandon (Film distributor). She got engaged in November 2003 and she married on 22 February 2004.Their marriage happened in Jag Mandir Palace in Udaipur, Rajasthan according to Punjabi traditions.

Raveena has tweeted in support of the #MeToo movement, and then her tweets were linked to her past relationship with actor Akshay umar by the Twitterati’s.

However, later Raveena bashed them, saying that her tweets were not because of her previous relationship but only to support the women in the film industry.

In November 2005, Tandon sued two websites, Shaadi.com and Shaaditimes.com, as they were using images of her to promote the site. She also sued the owner of Satyanet Solutions, as they claimed that Tandon and her husband had met online through the website

When she was young, she had a massive crush on actor Sanjay Dutt. She didn’t complete her B.A.(bachelor of arts), and she dropped out after two years due to her popularity in the film industry. It was getting difficult for college authorities to control the crowd around Tandon.

Does She Smoke? No

Does She Drink alcohol? Yes

Her dream was to become either Pilot or IPS Officer

Bahubali Actor Prabhas is the die hard fan of Raveena

There are rumors that she got engaged to film Actor Akshay Kumar. The news didn’t broke because, Akshay was worried about his career and his female following.

She brokeup with Akshay kumar because of the rumors of Akshay with Rekha. 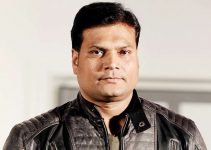 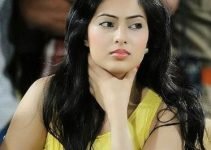 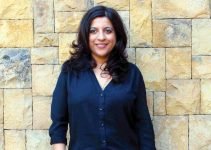