Neha Kakkar is a popular singer who has sung numerous popular songs and private albums in Indian Film Industry.

Neha Kakkar is the sensational singer with unique and melodious thin voice. She is the most followed and popular Indian singer in the country. She was titled as the Selfie Queen among her fans.

Neha was born on 6 June 1988 in Rishikesh, Uttarakhand, India. She brought in Delhi, India. Her sun sign is Gemini. The people who possess this sign are expressive and quick-witted.

They are sociable, communicative and will be ever ready for fun, with a tendency to suddenly get serious, thoughtful and restless.

She was born in a family of film father Jai Kakkar and Kimi Kakkar and they belong to Khatri family. Her parents are Rishikesh Kakkar and Niti Kakkar. She has two siblings, an elder sister and an elder brother. Her sister Sonu Kakkar is a singer and Brother Tony Kakkar is a music director.

She got an encouragement to start singing at an early age of four years, from her father. From the age of four to fifteen, she used to sing mostly bhajans in the congested streets and alleyways of Delhi, in jaagran’s.

She inspired from her elder sister Sonu Kakkar to make her carrier in the music industry. She got selected in Indian Idol Season 2 and participated in it at the age of 15.

Her elder sister presence in the industry helped her with the career and the show. She learnt music from her sister.

After Indian Idol, she started her journey in the music with the album “Neha the Rock Star” which were composed by Meet Bros in 2008 and became a rising singer in Bollywood Music Industry.

In 2013, she achieved great success and sung the Bollywood movie song “Dhating Naach” for the movie “Phata Poster Nikhla Hero”. After this achievement, she worked with popular singer Honey Singh in the popular song “Sunny Sunny” in 2014.

In the same year, she gave voice in the song “London Thumakda” and she worked for the Kolkata’s movie “Bindas” in this movie she gave the voice for “Party Shoes”.

Kakkar played her singing role in the song “Magic Mamoni” of the Bengali movie where acted Mahiya Mahi.

She sang “Dilbar Dilbar” song for the movie Satyameva Jayate in 2018. This movie was recreated by the original song with the same title Sirf Tum and became the chartbuster.

Now, she represented herself as a leading singer of contemporary Hindi movies by critically and commercially successful songs.

On this Valentine’s Day (2019) Neha Kakkar had her ‘Jabra fan moment’ on Valentines Day 2019 and her reaction is unmissable. Neha posted a video on her Instagram handle on February 14, 2019, wherein a die-hard fan of hers got down on his knees and said, “You’re the most adorable girl I have ever met. Thank you so much for your voice” and presented her with a bouquet and card. Neha captioned it, “Backstage last night! Valentine’s Day Surprise I’m so lucky I have…” 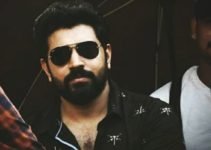