Aftab Singh is s singer who belongs to Faridkot, Punjab. Who won the title of Rising Star in the year 2019. And was also the part of Sa Re Ga Ma Pa L’il Champs (2017)and reached among the top 7 finalists.

Aftab Singh was born in the year 2007 in the village named Faridkot Punjab. He was born to MR & MS Mahesh Singh. His father is also a singer and the teacher who taught Aftab singing. Aftab belongs to a family that is very poor financially. His parents always wished him to be a good singer. He is pursuing his schooling from St. Mary’s Convent School Faridkot, Punjab.

The first debut of Aftab was on the stage of Zee TV’s show “Sa Re Ga Ma Pa Lil Champs” in the year 2017. Where he performed very well and was able to take his place in the Top 7 finalist. He was the part of the & TV show “Music Ki Pathshala“. In the year 2019, he again appeared on the auditions of Rising Star 3 with enough confidence and josh, where he gave the best and impressed all the judges and the audience with his magical voice.

During the selection of the best contestant, the voting was conducted in which Aftab got more than 90% of the votes in all the episodes. Now he was in the top 3 finalists , against Sanjay Satish and Diwakar.Where he defeated both of them and won the title of Rising Star Season 3 and also the cash prize of Rs .10 Lakhs. 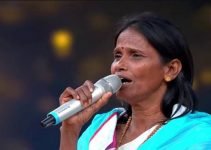 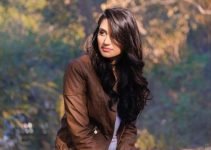