Who’s Varun Chakravarthy? Varun Chakravarthy Cricketer gave up his architecture career and returned to his favorite game of cricket with some extra skills and unreal results. Before IPL auction 2019 no one knows about this domestic level player.

Within a few moments, he has skyrocketed to fame as he was reeling in the big bucks in Auction of IPL 2019. Out of eight teams, five teams were in intense war bidding for Varun Cricketer, at last he has signed to KXIP for INR 8.5Crores. It is a huge amount for all uncapped players.

No records found about his Girlfriend

Varun was born on 29 august 1991, Bidar, Karnataka. His full name is Varun chakravarthy Vinod. He began playing cricket at the age of 13 and until 17 he was a wicketkeeper-batsman. Then,  after he was frequently rejected due to some age issues.

He came out of the game and concentrated on his studies and pursued a degree in architecture at the SRM University in Chennai. After his studies, he worked as a freelance architect. In his free time, he used to play cricket with tennis-ball where his dream and passion arouse again.

Then, he quit his job and started playing cricket, where he joined CromBest Cricket Club as a seam-bowling all-rounder. Playing some matches he has undergone with a knee injury. He sustained during the second match deported him to the sidelines and induced him to become a spinner.

Having punishment from a troop of batsmen in tennis-ball cricket on 18-yard pitches, Varun developed his plays and transformed himself into a dynamic, dangerous and mystery spinner. He continued Playing cricket and his rise to prominence owing to a strong showing in the Tamil Nadu Premier League.

Even before enjoying a breakout season in the TNPL, he had bowled in the Chennai Super Kings nets. After two weeks later, KKR captain Dinesh Karthik and team analyst AR S called Varun to bowl at the KKR nets, where he got some tips and notes from Sunil Narine and his spin coach Carl Crowe.

Later he continued his rich vein of form in the Vijay Hazare Trophy in which he took 22 wickets playing for Tamilnadu.

After returning from injury effect, Varun signed with Jubilee cricket Club in the division the robust Chennai and showed all his variations over there. In 2017-2018, hauled 31 wickets in seven games at an average of 8.26 and economy rate of 3.06 in the one-day competition.

He subsequently made his Ranji Trophy debut for Tamil Nadu and trialled with Mumbai Indians ahead of the IPL auction.

Ahead of his goals and , he is fond of chocolate and also he likes actor Vijay. 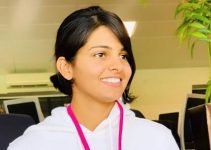