Swara Bhaskar is an Indian Film and Television Actress, she is best known for Supporting Roles. Swara is famous for her movies like “Raanjhanaa”, “Veer Di Wedding”, “Prem Ratan Dhan Payo”.

She is one of the beautiful actresses in the industry, and she is not only famous in Movies but also Famous in Television Series.

Swara Bhaskar was Born on  9-04-1988 in Delhi. To Chitrapu Uday Bhaskar he is a Columnist, Retired Commodore and Ira Bhaskar she is a Professor of Cinema Studies.

she had one Elder brother Ishan Bhaskar. Swara was born into a Multicultural Family, her Mother is a Bihari and her Father is a Telugu Person.

She Completed her Schooling in Delhi from Sardar Patel Vidyalaya. After that, she studied English Literature at Delhi University’s Miranda House. Swara Bhaskar Completed her Graduation in Sociology from Jawaharlal Nehru University, Delhi.

Since from her College days, she is always Pro-active about her Stand on Social Issues. At Age of 7, she trained as Bharathanatyam Dancer from Guru Leela Samson.

Now she is in Relationship with a Writer Himanshu Sharma, a National Film Awards Winning Indian as Screenwriter.

Swara Bhaskar Started her career as doing Supporting roles her Debut with the movie “Madholal Keep Walking” but this movie was Unsuccessful. Later she did two projects “Guzaarish” and The Untitled Kartik Krishnan Project.

In 2011, She appeared in Romantic Comedy movie “Tanu Weds Manu” as a role of Payal Sinha Singh and She did another movie “Chillar Party” in the same year.

In 2013, she played a lead role in Movie “Listen…Amaya” with co-stars Farooq Sheikh and Deepti Naval. And the movie “Aurangzeb” as a role of Suman.

Then she appeared in “Raanjhanaa” Movie as a role of Bindhiya alongside Dhanush and Sonam Kapoor and the movie was very Successful, This is one of the highest-grossing movies of the year. For this movie, Swara Bhaskar Nominated for Best Supporting Actress in Film Fare.

Later she appeared movie Sabki Bajegi Band as Female Lead role(Jaya) with co-star Sumeet Vyas, and this movie got Flop near Box-office. In 2014 she did one more movie “Machhli Jai Ki Rani Hai as the role of Ayesha Saxena.

In 2015, Swara got so much Craz for her supporting roles in movies “Tanu Weds Manu Returns” as a role of Payal Sinha Singh.

And next movie “Prem Ratan Dhan Payo” as a role of Rajkumari Chandrika with co-stars Salman Khan, Sonam Kapoor, and movie directed by Sooraj Barjatya. This movie got huge success and collected 400 crores, one of the highest grossing Indian films.  Later she played a role as Aunty in X: Past Is Present.

In 2016 – 2017, she appeared in movies like Nil Battey Sannata as a role of Chanda Sahay and Anaarkali of Aarah as role Anarkali.

In 2018, she played the role of Sakshi Soni in movie” Veere Di Wedding” with co-stars Sonam Kapoor, Kareena Kapoor, Shikha Talsania and this movie directed by Shashanka Gosh. This movie got Huge Success. 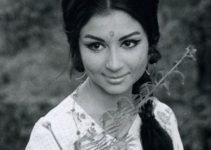