Ridhima Pandit is a Indian Television Actress  and Model . She had done so many Advertisements, Ridhima well known for her Role as Rajni in Popular Daily Soap Bahu Hamari Rajni Kant in channel Life Ok.

She is a Beautiful Actress and Model. And also she is a Host in some shows. She is very famous Actress , present ridhima participated in Khatron ke Khiladi Season 9 and the show is ended and ridhima is 2nd Runner Up.

Ridhima Pandit was born & raised in Mumbai  on 25th June 1990. She is from Maharashtrian Brahmin Family and her Mother and Father details are not known, ridhima has a one Younger Brother. Ridhima’s Best Friend is Surbhi Jyoti (Actress ).

Ridhima done her schooling in Private Boarding School,  Mumbai. Later she took Admission  in University of Mumbai to complete her Graduation in sociology. And also she completed her post graduation in 2012.

Ridhima  loves acting, she did 125 Advertisements  with  beautiful  bollywood actress. After that she entred into television and she did her first debut in daily soap called Chamak but that role was not Prominent. After Entering  the serial  Bahu Hamari Rajni Kant  she became popular in television industry.

Ridhima is not married but rumors was spread  she have affair(boy friend) with Kushal Tandon and he is actor and model but she not revealed her relationship.

In 2016 media confirmed that Ridhima Pandit and Eshan Roshan were dating they both in a Restaurants and Birthday Party. Eshan Roshan is cousin of Bollywood Actor Hritik Roshan.

Ridhima  Trained as a Stage Actor and she is was a part of Nadira Babbar’s Theatre Group. Her Debut in television in 2016 for  Sonali Jaffar’s Comdey Serial Bahu Hamari Rajni Kant as Role of (Super Humanoid robot)RAJNI- Randomly Accessible Jobs Network Interface.

In 2017  She Host a show with co-host Raghav Juyal in a Dancing reality show  Dance Champions. People loved Ridhima’s Hosting, she has Succesful  with hosting the show Dance Champions.

In 2019 She entered in Khatron Ke Khiladi Season 9 she Participated along with  other Television Actors Like Barthi, Ali, Zain, Vikas Gupta, Punit Pathak, Jasmine, Shamitha Shetty, Harsh, Aditya Narayan, Sreesanth and Avika gor. The show is ended ridhima is the 2nd runner up and the winner is punit pathak and 1st runner up is aditiya narayan. 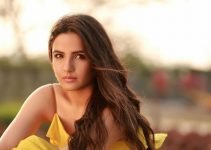 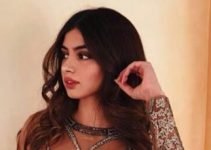