Dheeraj Dhoopar is an Indian television actor, Model, Fashion designer who has appeared in TV commercials and serials.

Dheeraj is best-known face in the entertainment industry, he is one of the most popular among the leading men of Indian television industry right now.

He started his career as a model and featured in over 100 hundred commercials for brands like Maruti Suzuki, Samsung galaxy, Videocon mobile, Tata AIG, Parker,  Daburhoney etc.,

He made his television debut with Maat Pitaah Me Charnon Mein Swarg as Ansh on Colors TV. In 2010 he appeared in Behenein as Bhavesh Patil which was telecasted on Star Plus.

After that he appeared in SAB TV show Mrs. Tendulkar as Sushant in 2011. Dheeraj played the role as shikar in Zindagi Kahe-Smile Please which was aired on Life Ok channel.

In 2012 he appeared as Amar in Kuch Toh log Kahenge on Sony TV. Later he played the role as Prem Bhardwaj in Sasural Simar ka on Colors TV in 2013.

Apart from serials and TV commercials he was also featured in one of its Kind web series named Aur Dikhao as himself ( Dheeraj Dhoopar) in 2016. He also acted in a short-film named Yellow as Akash in 2017.

In 2017, He has appeared as Karan Luthra in Kundali Bhagaya and Kumkum Bhagya which are telecasted on Zee TV. He also made a guest role in Juzz Baatt on Colors TV.

Dheeraj was born on 28 December 1984 in Delhi, India. He was 34 years old and his zodiac sign is Sagittarius. Dheeraj is Indian by Nationality and Hindu by religion.

His father name is Sushil Dhoopar and mother name is not known. He is 5’10’’ feet height and weight 66kg and has a fit build body 40-32-13. He has black color eyes and black hair.

He has nominated for 8 awards and received 3 awards. In 2015 he had won Indian Television Academy Award in the category of Rishtey Naate Award for Sasural Simar Ka show.

His second award was Zee Rishtey in the category of Favourite Naya Sadasya (Male). In 2018 he had received Zee Rishtey Award for Favorite Popular Face (Male) in Kundali Bhagya. 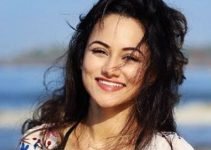