Suriya, is an Indian film actor, producer, and television presenter, who is best known for his work in Tamil film Industry

The original name of Suriya is Saravanan Sivakumar. He is an Indian film actor, producer, and television presenter. Suriya actor is presently working in the Tamil film industry.

He debuted with the film named Nerekku Ner which was released in the year 1997. Suriya got a breakthrough with the film called Nanda(2001) which turned his career into a success. Suriya got Film Fare awards in the South.

Suriya is born to Sivakumar and Lakshmi Sivakumar in the year 1975 on 23 July in Chennai, Tamil Nadu. His father Sivakumar a Tamil film actor. Suriya completed his under graduation degree B.Com in Loyola college, Chennai.

After that he got married to Jyothika(2006) an Indian film actress, they got two children Diya and Dev. Suriya had one younger brother and sister. His younger brother Karthi, who is also a famous actor in Tamil film industry. Suriya had their own production house named 2D Entertainment.

Suriya started his career in the year 1997. Suriya before entering in the films he worked 8 months at the garment export factory. Suriya got an offer to act in the film Aasai, but he refused due to the lack of interest in acting.

Later he acted in his debut film Nerukku Ner, which was produced by Maniratnam in 1997 at that time he was 22 years. The stage name Suriya was bestowed to him by ManiRatnam to avoid the clash of Sarvanan. Later that he was used to be called Suriya

Suriya struggled due to the lack of dancing skills, confidence, fighting, and memory power. He had taken the advice from his mentor Raghuvran is a Tamil film actor that to create your own identity instead of taking his father`s.

This film released with positive talk. In that year he worked in the film Perazhagam, in this film he played a dual role as an aggressive boxer and a handicapped phone booth keeper. Surya stole the hearts of Tamil Nadu people by his acting. He got a huge response to this film.

Later in the year 2004, he acted in a film Gajini was directed by A.R.Murugadas. In this film he played two roles, this film was the highest-grossing film of that year. His career was suddenly raised through this film. After that, he worked in many films and he continued his success stardom till now.

People also ask
What is the age of Suriya?
What is Surya real name?
What is Suriya height?
Who is the father of Tamil actor Surya?

Surya made many educational trusts like Sivakumar Educational Trust, taking inspiration from his father. 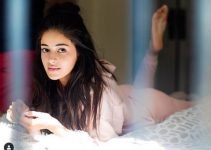 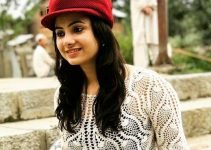 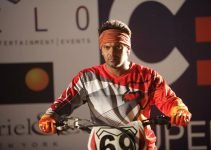