Konidela Pawan Kalyan is popularly known as Powerstar, is an Indian film actor, producer, and politician. His elder brother is Megastar Chiranjeevi, is a popular actor in Tollywood.

He made is first film debut in 1996 in Telugu film Akkada Ammai Ikkada Abbai. He won the National Film Award for the film Toliprema in Telugu.

He was born in 1976 on September 2 at Bapatla, Andhra Pradesh. His parents are konidela Venkata Rao and Anjani Devi. He got married three times( Nandini, Renu Desai, and Anna Lezneva). He has a son named Akhira Nandan and Adya with Renu Desai. We tried for his phone number but couldn’t get.

After taking a break from the film industry, Pawan Kalyan entered a political party named Janasena in march 2014 at Andhra Pradesh. He wrote a book called ISM from the ideas of Janasena.

He opposed Congress party rule stating Congress Hatao Desh Bachao”. Janina party contested in 2019 elections, but he won only one seat out of 175. Even though he didn`t give up and still fighting for the party.

He made Jana Sena party manifesto with many measures to improve the lives of farmers, labors, and students

He made a long march in Vishakapatnam to support workers against YSRCP. He made many protests to condolence farmers who are committed suicides. Janasena party lost election two seats in Gajuwakha and Bhimavaram.

After the success of Toliprema, he didnt get any success. In the year 2001, Pawan Kalyan acted in a film KUSHI directed by Sj Surya, which became a massive hit for Pawan Kalyans career and grew as an industry hit.

After the Kushi movie, he got many flops for six years. In the year 2008, he acted in Jalsa, directed by Trivikram Srinivas and produced by Allu Aravind.

This film got a massive response from the audience and became the highest first-day collections in the Telugu Film industry. After 2 3 flops, he got Gabbarsing success in 2012, directed by Harish Shankar, and it was a remake of Hindi film Dabang.

He appeared in Attarintiki Daredi directed by Trivikram Srinivas in the year 2013 this film completed 100 days.

His last film is Agnatavaasi, directed by Trivikram, this film released with many expectations, but the expectations are in vain. This the 25 film of Pawan Kalyan.

He has also invited my Harward university in the USA to give a speech in India Conference 2017.

• One lakh to Jesus’ nursing home at Peddapuram in Khammam.
• Twenty lakhs to Uttar Khand victim people.
• Fifty lakhs to Hudhud cyclone in Vishakapatnam.
• One lakh to the character artist Pavala Shyamalan who suffered from a fatal illness. 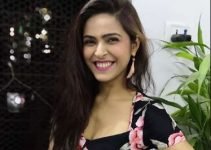