Mouni Roy was born on 28 September 1985. She is an Indian film and television actress. She is best known for acting as Krishna Tulsi in ‘Kyunki Saas Bhi Kabhi Bahu Thi‘ in 2007, Sati in ‘Devon Ke Dev Mahadev‘ and /Shivangi Singh in ‘Naagin‘.

She has also acted as Meera in Junoon Aisi Nafrat Toh Kaisa Ishq. She was a contestant and finalist on ‘Jhalak Dikhhla Jaa’ reality dance show in 2014. She is a trained Kathak dancer. She made her film debut opposite to Akshay Kumar named ‘Gold’ in 2018.

Mouni Roy comes from Cooch Behar, West Bengal. She comes from acting family. Her grandfather, Shekhar Chandra Roy was a well-known Jatra theatre artist. Her mother ‘Mukti’ is a theatre artist, her name is Anil Roy. He is an office superintendent of the Cooch Behar Zilla Parishad.

She studied till 12th class from Kendriya Vidyalaya in Baburhat, Cooch Behar and then went to Delhi. Her patents forced her to study mass communication. She joined Jamia Milia Islamia. She did not complete the course and went to Mumbai to try her luck in bollywood. She appeared as a background dancer in the song Nahi Hona in the film ‘Run’.

She has started her acting career in 2007 with Ekta Kapoor Drama serial ‘Kyunki Saas Bhi Kabhi Bahu Thi‘, playing the role of Krishnatulsi opposite Pulkit Samrat.
She then won the first season of ‘Zara Nachke Dikha‘ along with Karishma Tanna and Jennifer Winget. Mouni then appeared as Shivani in the series Kasturi. In 2009 Mouni Roy participated in ‘Pati Patni Aur Woh‘ along with Gaurav Chopra. In 2010, she acted the role of Roop in ‘Do Saheliyaan’.

Mouni got name and fame with the Serial ‘Devon Ke Dev Mahadev‘. It appeared TV from 2011 to 2014.
Ekta Kapoor’s supernatural series Naagin. This series has topped in TRP ranking
She also hosted the dance show ‘So You Think You Can Dance’ along with Rithvik Dhanjani.
Mouni also played a double role in Season 2 of Naagin. By this, she was the number one television actress.

Mouni made her debut in Bollywood with the movie “Gold” opposite Akshay Kumar in 2018.

She is acting opposite Aamir Khan in the movie ‘Mogul’

She is also acting in the movie ‘Made in China’ opposite to Rajkumar Rao.

There were rounds of rumors spread that she is in a relationship with Television actor Gaurav Chopra. Her name was also rumored with Mohit Raina, co-star in the television series ‘Devon Ka Dev Mahadev’. Mouni is single as per our records.

Does she Smoke? No

Does She Drink Alcohol? Not known

She worked as a choreographer in her college days

She is a good painter.

She loves reading books while travelling

Her best friend is Sanjeeda Sheikh 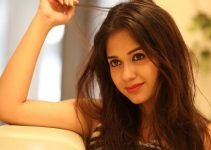 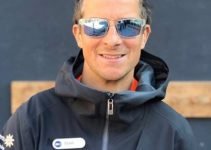