Anveshi Jain who is popularly known as Neeta in the adult and bold web series Gandi Baath 2.  Anveshi is an Indian hot actress, Model, Host, and EMCEE. She hosted many events, functions, parties, and weddings etc. To know more about Anveshi Jain continue reading…

Anveshi Jain is an actress who has created a stir in the internet world these days. She is not a superstar, but people are still very much searching for her these days in social media

Anveshi was born on 25th June in the village Khajuraho, Bundelkhand nearby Bhopal, Madya Pradesh, India. She completed her primary and secondary education in Bhopal.

For her graduation in Electrical and Electronic Engineering, she went to Rajiv Gandhi Proudyogiki Vishwavidyalaya, Bhopal, Madya Pradesh.

She started her career doing a full-time job as an electrical engineer but due to uncomfortable or stress she quit the job and started her own business in Indore.

Anveshi used to make her own decisions and lives as an Independent woman. After starting her business, she moved to Mumbai and completely changed her lifestyle and turned her profession to media which was the turning point in her career.

Also, she hosted some of the big events like “Make In India” and “IFA Berlin” etc.

She came into the limelight or she came to know by everyone after watching her role in the Adult rated Hindi Web series “Gandi Baat 2.”

Anveshi has one brother named Pranjal Jain. She is very close to her mother. She shares each and everything with her mother and also she said once that her mother is her Bestfriend.

Anveshi is Unmarried and there is no much information about her relationship status.

Some Unknown Facts About Anveshi Jain 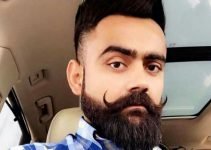 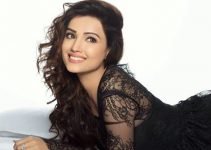